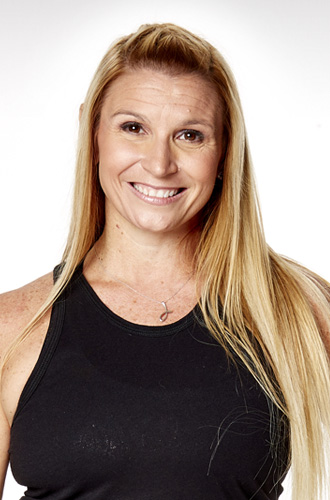 JENNA BOSTIC
Jenna Bostic is an international Zumba® Education Specialist for Zumba® Fitness. She has been presenting for Zumba® since 2008 and teaches Zumba® Basic 1, Zumba® Basic 2, Zumba® Step, Zumba® Toning, and Aqua Zumba® instructor trainings. Jenna was the featured ZES for the one-on-one choreography on the ZIN #35 DVD and on ZIN TV for both Aqua Zumba® and Zumba® Toning. Jenna has a degree in Exercise and Sport Science and holds ACE, AFAA, and AEA certifications in group fitness, personal training, and aqua fitness. 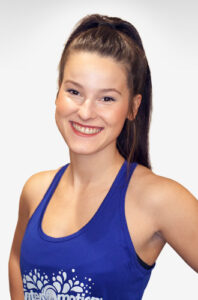 Harley is an NASM certified personal trainer and group fitness instructor. She is a strength and conditioning coach and specializes in performance enhancement. She strives to help people reach success in all aspects of their lives from the inside out. Harley is a WATERinMOTION® Champion and has been featured on over 15 releases thus far. She has a background in dance that has transitioned into her fitness career. She has earned multiple certifications over the years, and currently fills her schedule with aquatics, dance, barre, yoga and private training sessions; reaching fitness enthusiasts on land and in the water. 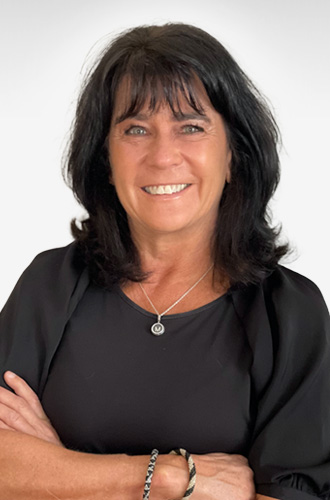 MaryBeth is a highly respected, global fitness industry leader with over 30 years experience in group exercise programming. She is a Senior Fitness Specialist and a former National Trainer with the SilverSneakers Fitness Program with advanced training in older adult exercise. MaryBeth is an R.Y.T. and the co-creator of YOQUAtm. As a skilled health and wellness professional, she inspires others to commit to long-term health and fitness goals. 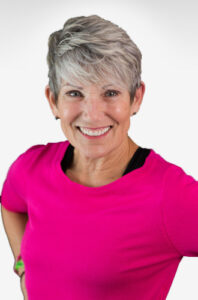 ANN GILBERT
Ann Gilbert is a highly accomplished Fitness Professional with over 35 years of experience in the health and fitness industry. She is the owner and operator of two Shapes Fitness for Women franchises, overseeing the operations of 50 Group Fitness Professionals, 25 Certified Personal Trainers and coordinating fee-based personal training programs for aging and mature populations. Ann has received recognition for her outstanding achievements and continued contributions to the industry, including being awarded ACE/IHRSA Personal Trainer of the Year in 2001 and has presented at a variety of industry events such as Club Industry, SCW MANIA®, IAFC and IHRSA since 2002. Ann is an SCW Faculty Member and an International Master Trainer for WATERinMOTION. 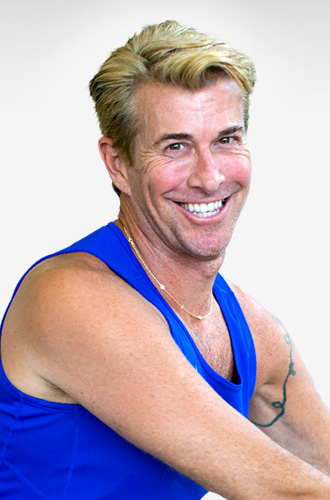 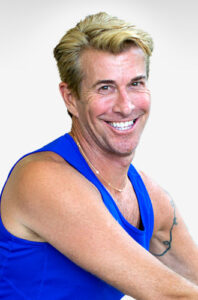 JEFF HOWARD
Jeff Howard is an international fitness presenter, SCW Faculty Member, and successful entrepreneur. As a highly-sought fitness consultant, Jeff has traveled extensively, living abroad to elevate fitness standards for Virgin Active in South Africa and Puerto Rico where he founded the Golden Door Spa, as well as managing facilities in the U.S., such as Equinox in Chicago. He has been featured in numerous fitness videos and is a world-renowned celebrity trainer, appearing on several national TV shows, including Bravo’s popular Real HouseWives franchise in Salt Lake City. During the pandemic, Jeff launched “Jeff Howard’s Athlete’s Club”, a successful fitness streaming channel, as well as “Jeff Howard Fitness'', a fitness studio in Louisville, KY. Passionate about education and inspiring fitness professionals to reach their fullest potential, he has spent the last decade as a premier educator at industry conventions, including IDEA World, and continues to lead SCW Fitness Education’s certifications in Group Fitness, Yoga and Aqua modalities. 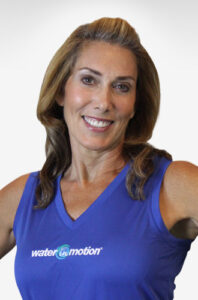 SARA KOOPERMAN, JD
Sara, CEO of SCW Fitness Education and WATERinMOTION®, is a visionary leader that has transformed the fitness education community. A successful business owner and advisor, she is a keynote speaker, published author, webinar host, podcast presenter and sought-after industry trail-blazer. Sara has a unique ability to share her passion and devotion towards fitness education through her humor, enthusiasm and her effervescent no-nonsense personality. Sara serves on the Gold’s Gym Think Tank, is on the canfitpro Advisory Panel, was a founding board member for the Women In Fitness Association (WIFA), and is a proud inductee into the National Fitness Hall of Fame. Sara currently serves on IHRSA’s Headlight Committees for Facility Standards and is also a Co-Host of IHRSA’s Talks & Takes Monthly Talk Show. Sara has left an indelible mark on the fitness industry as a whole. 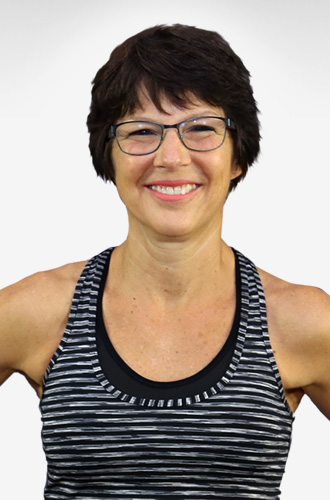 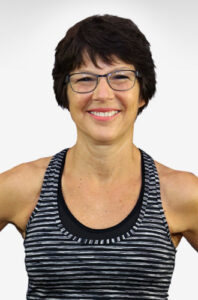 CHERI KULP
Cheri Kulp has been a certified instructor for over 30 years. She holds a degree in special education and has previously taught for 18 years. Cheri has been a WATERinMOTION® champion for a decade and is the choreographer for the new aqua dumbbell program, WATERinMOTION® Strength. Her areas of expertise include presenting at SCW MANIA® conferences for 4 years, personal trainer, ARC lifeguard, swim instructor and Les Mills instructor. She has appeared in over 25 videos. 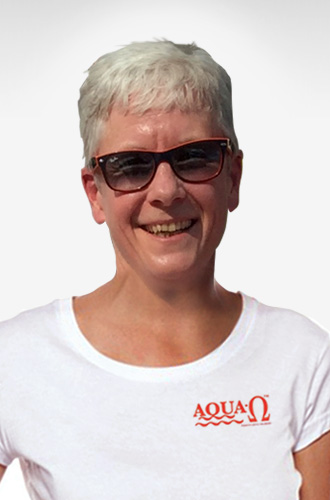 IRENE PLUIMMENTZ
Irene Pluimmentz became a licensed physical therapist in the Netherlands before immigrating to the United States. She is the co-owner of One Step Beyond, Inc. Physical Therapy. Irene’s passion for anything “water” led to becoming an AEA certified instructor. She integrates her knowledge of hydrodynamics with physical therapy into all of her sessions. Irene is the inventor and developer of the Aqua-Ω adjustable drag resistance water exercise equipment. 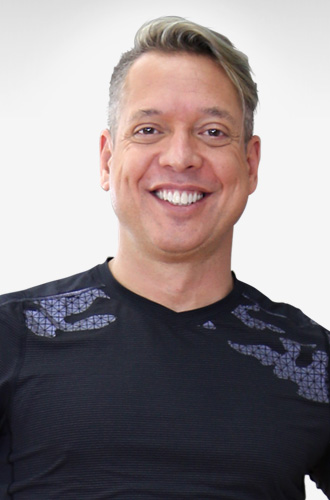 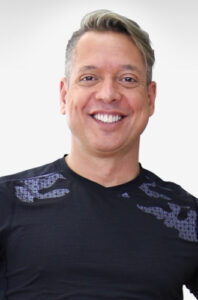 MANUEL VELAZQUEZ
Manuel is a proud SCW Fitness Education Faculty Member and a WATERinMOTION® National Trainer. He is a valued trainer for BOSU®, Tabata Bootcamp and Barre Above, and a recipient of the NYC All-Around International Presenter of the Year award and has been presenting at fitness conferences worldwide for over two decades. Manuel is a continuing education faculty member for SCW, ACE, AFAA, ACSM, AEA, and WATERinMOTION® and stars in over 50 Fitness Instructor Training Videos. He is also an RYT-200 Yoga certified and an AFAA Team Pro and Examiner. Manuel is a former Lead Instructor at the Golden Door Spa in Puerto Rico and now is a head instructor at Rancho La Puerta in Tecate, Mexico, outside of San Diego. 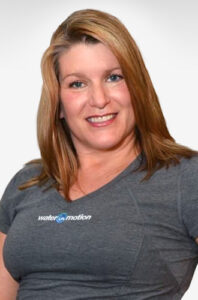 CONNIE WARASILA
Connie is the choreographer for WATERinMOTION®, faculty member of SCW Fitness Education, and certified by ACE, AEA, AFAA, Balanced Body, The Braining Center, Yoga Fit, Schwinn®, Reebok Cycle, and Moms in Motion. Awarded the Aquatic Exercise Association Fitness Professional of the Year, Connie has over 30 years of teaching experience in the USA and abroad. She enjoys traveling around the world presenting new and creative workshops to make fitness more accessible, professional, and fun. 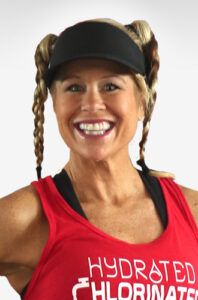 Billie has over 28 years of experience in the fitness industry. She was awarded SCW Fitness Idol in 2016 and holds personal training and group exercise instructor certifications through SCW. She earned a BA from Grand Canyon University and is a master trainer for Barre Above™, Tabata Bootcamp™. Billie draws on her experience as a former competitive cheerleader to bring high-energy, enthusiasm, and encouragement to her classes. She is also a U-Jam Instructor and the Fitness/Wellness Manager at Trilogy Orlando.